A garden is never just a garden

A garden is not simply a space outside, most commonly associated with plants.

A garden can be… a boxing or sports arena, like Madison Square Garden; a beer garden, which often is just some concrete under an umbrella with a heater. Its an elastic term.

In similar fashion a garden is not just a place where you smoke a fag or grow veg or flowers, even if that is mostly the case;  for Hope growing food for people in need is of course central! 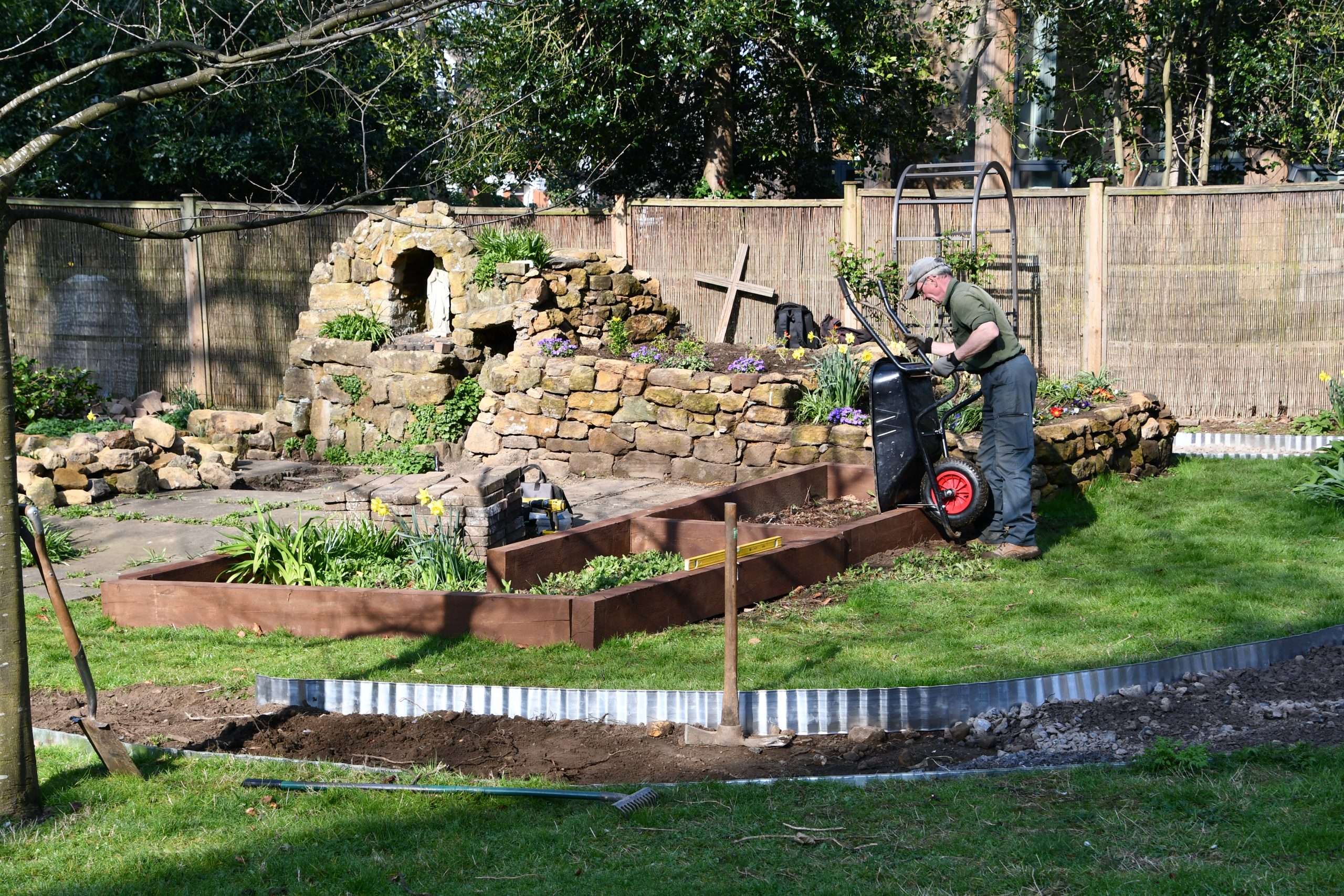 Joe, our gardener, working on the garden

But the garden can also be a place of symbolism and sometimes profound meaning. That was the context for a new healing garden created by Hope Gardening for the Roman Catholic Diocese in Northampton. This is designed to be a place that offers solace, space for meditation and reflection, of calm and much more, explicitly for those who may have suffered abuse from within the Catholic church (see https://northamptondiocese.org/healing-garden/  . 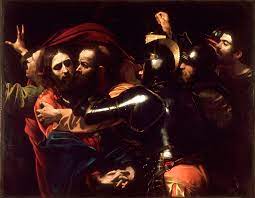 Caravaggio, The Taking of Christ

At the moving blessing service held last Sunday conducted by our patron Bishop David, the symbolic place of gardens in the Bible was highlighted: the Garden of Eden of course; the Garden of Gethsemane where Jesus prays before being betrayed and captured. Gardens are highly symbolic places in Christian and also Jewish mysticism and theology. They are places where intense events occur, or are symbolically descriptive, as in the Garden of Eden, of human nature and its relationship to the divine; of our nature and wider nature after the fall, corrupted by human failings.

The garden is also of course central to Islam:

“Allah has promised to the believing men and the believing women gardens, beneath which rivers flow, to abide in them, and goodly dwellings in gardens of perpetual abode; and best of all is Allah’s goodly pleasure; that is the grand achievement.” – Qur’an 9.72

In Christian theology the Fall, the eating of the apple, turns the garden of Eden into a hostile place of labour and threat, a metaphor for life, yet the practice of gardening is a means of taming that threat, compensating for the impact of our human failings and making it a place of good. The potential healing power of the garden is partly why Hope runs an ecotherapy project (funded by Masonic Charities) to use the healing and regenerative power of being in nature for good with people who have suffered trauma, addiction and poor mental health, or are isolated and vulnerable. We were very pleased to  support the creation of the new cathedral garden given that this purpose is so central to us.

The garden can also be art, and a form of intense creativity, though often it is not credited as usch. It certainly is, in my view, notably in such cultures as that of Japan, where as Alex Kerr has argued in this article and in his book ‘Another Kyoto‘, a Japanese garden is actually a picture of a picture of a garden. This sense of the garden as art fits with Hope’s commitment to using art and beauty to transform lives.

But there is another aspect of the garden that Hope believes is true and which Kerr also refers to in the link above, and which I have mentioned before. In historic Japanese culture “gardeners … were known as sansui-kawaramono or “landscape beggars.” In short, a gardener, unless he happened to be a monk, ranked with outcasts.”

Today, in Britain, I don’t think there is a gardener or landscape designer who is a ‘Sir’. Its a trade with still too little status, despite its value.

But a garden can be art, and it can be a place of profound healing too, and it can be transformative, even when made by sansui-kawaramono for other kawaramono to benefit from, without much recognition. Hope works with and for ‘outcasts‘; people damaged and excluded; and some of us in the wider Hope organisation and volunteers were damaged and excluded themselves, and possibly suffered abuse, too. And this is why we continue to labour in the garden, to heal, to make beauty, and to reclaim  paradise for all.